The Japanese Tree of Knowledge 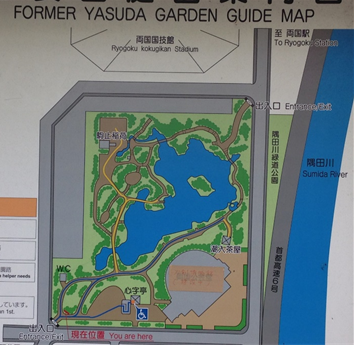 While many remarkable events have occurred during my visits to Japan, encountering Japan’s Tree of Knowledge is high on my list!

During this particular journey I was in Japan, instructing students on creating more abundance in their lives using Archangel Michael’s Ascended Spaces system for home attunement. The workshop fell a few hours short, and—wondering how to spend this extra time—I called upon Archangel Michael to give me some divinely guided insight.

He instructed me to go to THE PARK.

Wanting to make sense of his guidance, I asked my Japanese hosts if there was a nearby park our class could walk to, and they replied, “Yes! “And, just like that, I was lead to a magical site of unimaginable power.

Harmonic Codes and The Tree of  Knowledge

Archangel Michael guided us to the park, and from there to the sacred Tree of Knowledge. He asked that I listen for harmonic codes, which can then be used to infuse your home space and workspace with the healing numbers and vibrational frequency of the Tree of Knowledge.

He also said that the tree wanted to speak to us. That it had messages for us. So I listened to the harmonic code (which will be numbers or letters).

That’s the power of the tree of knowledge. Twice in a life, if you’re in the same space, so don’t continue repeating them over, and over, and over again. However, If you move and you choose to take the frequency from the Tree of Knowledge through the numbers that I hear, then you could (and probably should) repeat them again in your new location.

The number codes can be written from left to right.

That’s the code for knowledge and wisdom from the Tree of Knowledge.

So—when you use the code in your space—draw it with your finger in front of you in your energy field. It’s already infused and activated for us by the ancient wisdom contained in the tree. Not only does the healing code or (amplification code as it can also be called) help bring greater wisdom, it will also help you gain greater clarity in matters where you are confused.

Before I teach you more about how to use the code, some places may be denser, so it takes a little more time to understand the clarity that the tree is providing…

Bringing the Tree’s Wisdom into Your Space

The Archangel tells us that the healing energy from the Tree of Wisdom is about 5,000 times higher than that of a crystal wand. He wants to share that there are only three Trees of Knowledge in the entire world: One in Japan, one is in Palestine, and one is in Libya.

The Tree of Knowledge was first seeded on our planet by another dimension. This particular Tree of Knowledge is the embodiment of all the light races, particularly the Pleiadians who are here to help your island, overthrow the effects of any radiation, and to help transmute any lingering energy from many past wars and help stop any future war. So, the tree asks that her wisdom be brought into your spaces.

Anywhere in your home or office space you can draw the code I shared with you. Draw it with your finger…9-9-…See if you feel led to draw it from up to down, or if left to right.

The frequency of the Tree of Knowledge also extends underground, because under the islands of Japan dark forces are at work, and they are at work on our planet in other oceans as well, trying to limit our evolution (but this is not possible). You will walk past many wise ancient ones in the garden. They are a family. They are laden with crystalline light, extending down to their roots, down to the ocean. That’s the purpose they serve here.

Dear ones, do not feel as though you have to use the code. Life is well and will go on fine without the code. But the Archangel is saying, in honor of the Japanese culture, the Pleiadians chose to seed this many, many years ago, because many of the Japanese are advancing spiritual warriors.

Visiting the Tree of Knowledge

Archangel Michael also shared that some of you who are especially sensitive may feel like crying due to the purity of the vibration the tree is emitting. He encouraged you to come visit the Tree of Knowledge often and to thank her for her courage, because she has been under attack many times. He is telling us now that the canopy of the tree has healing codes in it.

Then I was led by the angel to take our hands and gently shake the canopy of the tree as if we were trying to shake some fruit out of it so we can allow those healing codes to drop down to us. He’s saying, “this fruit won’t spoil” … (it’s a joke) 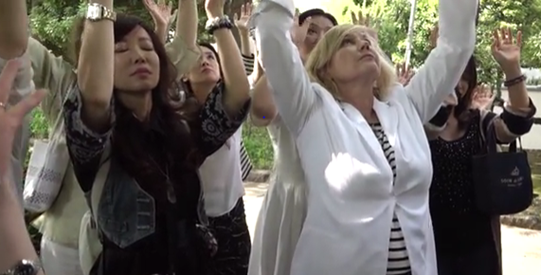 Archangel Michael: “If you do not feel anything in your hands, imagine that you have diamonds in them.”

He’s saying, “I’m partly also sharing this wisdom with you because your culture is so honoring of nature. You have to kind of shake the tree, though! Like we’re trying to jiggle the fruit out.”

He says that some of you are artists and may want to draw the Tree of Knowledge in your home space. Remember the diamond light that you are.

Michaels said, “Now look down at your feet. Use your inner knowing to see what you see or feel. Ask the Tree to show you.”

I then asked the group of students, “Did anyone feel the healing objects coming down?“

Kelly: “I know what it is. It’s a condensed version like condensed soup, of the Great Central Sun!!!!

Another student shared her experience after shaking the canopy of the Tree of Knowledge:
“I saw or felt something like, not of this earth, but some different colors, like rainbow and gold, they were like nuggets of the light showering one after another.”

I asked the student later again, “Do you feel different having the pieces fall down, or do they hang there and shine down?” She said: “I feel the light is more than before”. The light is growing, I feel like we are standing in liquid gold.

Archangel Michael: “Those that feel sorrowful, your sorrow should be leaving. If it should return, come back and let the Tree of Knowledge restore you.”

The Tree stands like an anchor or a stake. Sometimes when light ships fly overhead, the angel added they look for Her and they give a telepathic report about how much progress has been made in Japan, particularly, as well as 500 miles in all directions.

He asked us to bless Her and thank Her and so we did.